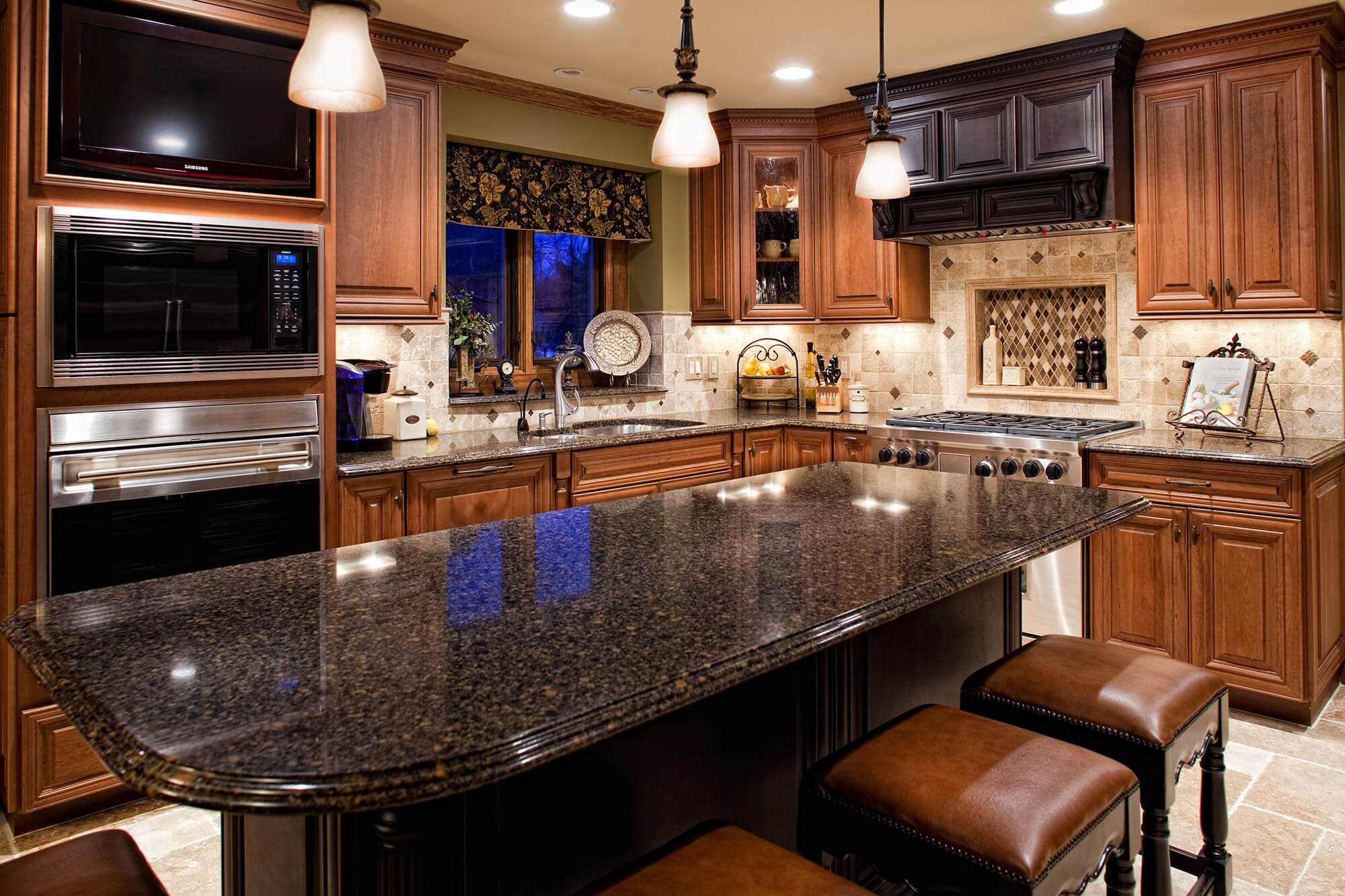 Today, Farmington Hills is considered to be one of the nicest places to live in Michigan. It consistently ranks as one of the safest Michigan cities and was even ranked as the 30th safest city in the United States in 2010. It also has a highly praised educational system that boasts of their students consistently scoring above state and national testing averages.

If you’d like to learn more about the area, please visit the City of Farmington Hills website here.

The photo at the top of the screen shows a Farmington Hills style kitchen remodeling of ours. We removed all old cabinets, tops, backsplash, flooring, and drywall to replace them with beautiful new materials. The homeowners were beyond thrilled with how their new kitchen turned out!

The photo above is of a Farmington Hills style bathroom remodel of ours. The old bathroom had an old Jacuzzi tub that the homeowners never used as well as dated materials. We replaced the old Jacuzzi tub with a beautiful custom-built walk-in tile shower. We also updated the layout and added all new materials. The new bathroom now functions perfectly for what the homeowners need.

“I expected it to be messier in that part of the house, but they were very careful to keep it all in that one room. I guess you would say it was more neatly done than I expected.”
– Tom & Gloria

“Lincorp Construction completed the project in a timely, professional and expert manner. They were prompt and efficient, leaving little to no lapses between phases of the project. Ron Jedwab was a pleasure to work with- he brought in an excellent kitchen designer and the two of them really listened to my wishes and needs for my kitchen and incorporated them into the design. When minor mishaps occurred, such as a leaky pipe which warped the wood, Ron immediately apologized, fixed the problem and replaced the damaged piece. Any changes to the original plan were discussed and then finalized in writing so there were no surprises.”
– Sara

“I was most satisfied with the quality of the work that they did.”
– Doug & Marlene

Reserve Your Consultation With Lincorp/Borchert